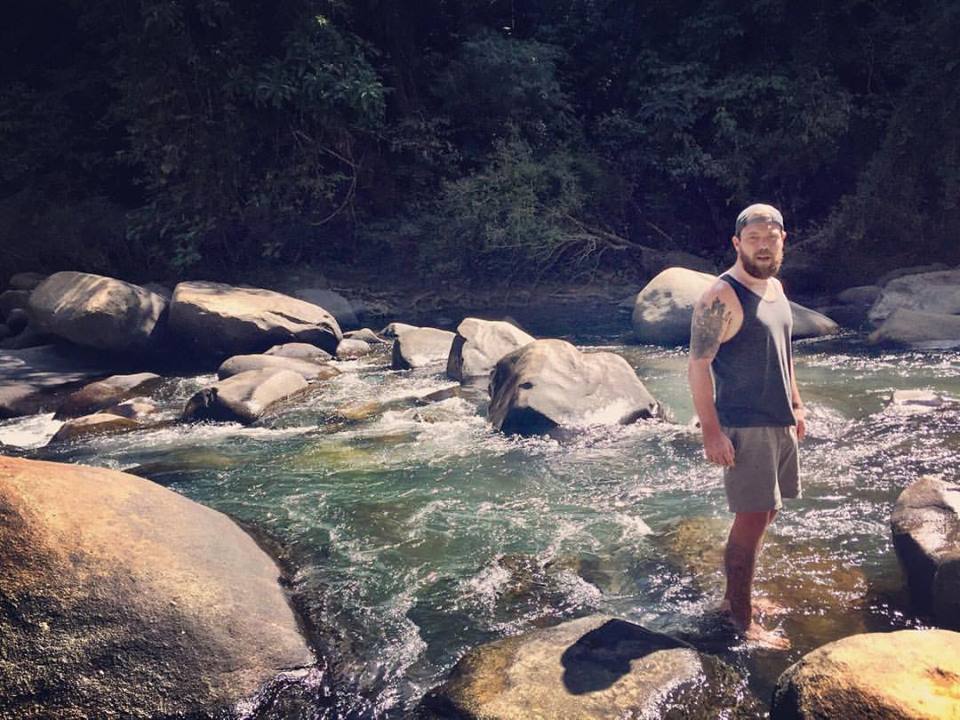 Before we left England for this trip Khao Sok hadn’t come up in the plans once, I hadn’t heard of the place until some guy at a hostel in Krabi told us tales of dense jungles, monkeys and no tourists. That was me sold, after three weeks drinking heavily down the west coast of Thailand’s southern islands I was more than ready for some clean air, some nature and some peace.

We caught an awful six hour bus from Ao Nang, the usual Thai tactics of a ten seater minibus filled with fifteen, knees up around my shoulders I bit down on my mouthpiece and white knuckled it all the way to the jungle. I wish I could talk of landscapes passing my window, but I didn’t have a window, I had my head between my legs plotting the downfall of every man, woman and child responsible for shitty transport in Southeast Asia. Anyway, I survived,

and six hours later we alighted the bus at the end of the one road that serves the national park. Set in a valley of forest green hills, small businesses sit like punctuation marks along the road, dogs came sniffing inquisitively and then left us for the next, we found our accommodation at Khao Sok Island Resort (£8 per night) were warned not to leave anything on the balcony as monkeys will almost certainly take whatever we leave, and off we went to eat curry and drink a beer.

With only two days here before we headed north to Bangkok we awoke early, the humidity already stifling the senses, the town is maybe a quarter of a mile long and a street wide but for some reason (lack of planning as I mentioned) we thought it necessary to rent a motorbike for getting to the national park, so we did. Then we consulted a map, then we drove the twelve fucking seconds to the entrance of the park.

Like Jurassic Park we passed through these grandiose wooden gates and through the central office, paying our entrance fee but shirking 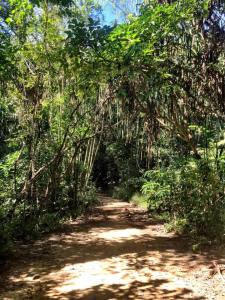 the advances of tour guides that told us only one trail was accessible without said guide, this is Thailand, you can do pretty much whatever you want in Thailand so I knew this not to be true. The path ascended quickly into dense jungle, small paths shooting of the well trodden main between giant bamboo shoots and leaves the size of cars. With a map we picked up at the office we explored a few of the small paths that led to small flowing rivers where the sun was able to finally break the canopy and heat us further towards the point of exhaustion. A few hours in we reached the ‘checkpoint’ where we supposedly could go no further without a guide, a little pestering of the security guard pushed him to aggressively mark on the map where we could reach alone and off we went. The jungle all of a sudden crept in closer, the symphony of life increased tenfold in volume, we watched a large gathering of apes going about their business (monkey business if you will) in the trees above, following a faint glimmer of light amidst the green to the beautiful watering hole marked on the map. Clear waters disturbed only by small fish and at one point a giant otter was where we rested, for the first time in Thailand completely at peace.

As we made our way out of the park a rustling at the side of the narrow path revealed the tail end of a behemoth of a black snake, I froze for a moment perplexed, Adele got straight on her toes and I duly followed, clean out of the park without looking back once. To make the most of the motorbike we had wasted nine dollars on, we drove out into the hills in search of what would turn out to be a wholly underwhelming waterfall, the drive itself though was worth every cent. Jaw dropping panoramas of the national park from the top of the mountain road, like forest green sound waves stretching the entirety of the horizon, the sun painting a masterpiece across this inland paradise.

We spent the evening eating curry and drinking cocktails at a reggae bar with Brendan and Alizè, an English couple we had met in Krabi, a beautiful end to a beautiful day in Thailand.