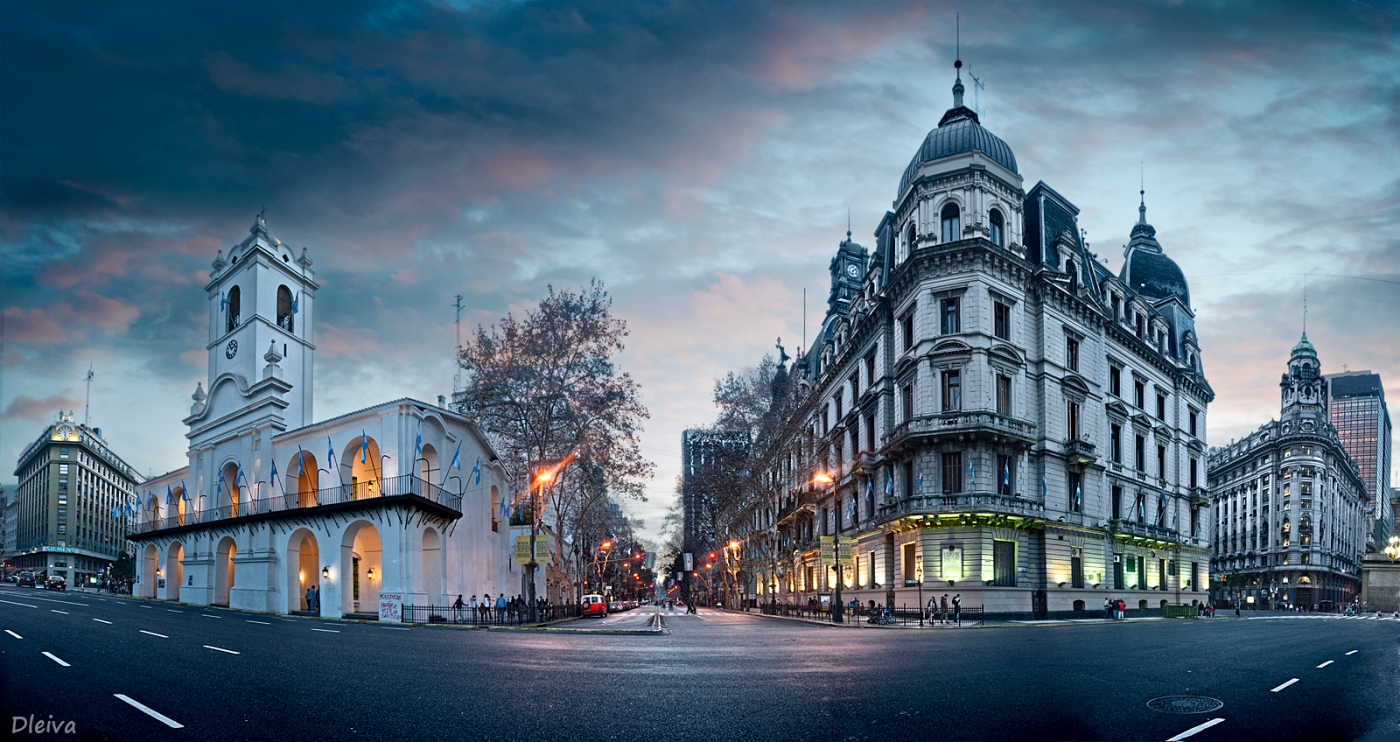 Straight off a seventeen hour bus, the charm of small town Argentina was beheaded in the early morning sophistry of Buenos Aires’ Retiro bus station. Shady, sideways eyes followed my path through the sparsely populated and dimly lit main terminal. Too early for a local bus, the taxi drivers sat unfriendly, overweight and charmless on a small, sinister road just off the burgeoning highway at dawn.

Buenos Aires is a massive city, its size befitting the capital of such a massive country, sprawling twelve lane roads slash at its heart, the 48 main districts (barrios) that make up the city are spread far and wide, the facade of the streets change from trench walls to Parisian masterpieces as you navigate to its core, its potential is there upon first contact, it just takes time. Luckily, time is all I had.

To love Buenos Aires, you must explore it. Fuelled up on coffee at Cafe Tortoni, once the haunt of Jorge Luis Borges and the turn of the century Argentine elite, with all the grandeur and nobility to prove it, I strapped on my backpack and aimed my legs in the direction of Recoleta. 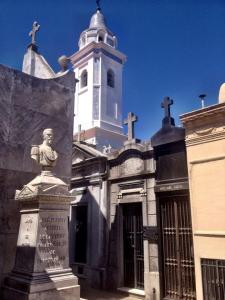 By far the prettiest of the barrios, the affluent Recoleta is the cultural hub of Buenos Aires, beautiful European architecture guides you from museum to museum and eventually to the bittersweet La Recoleta cemetary. The resting place of numerous Presidents, Nobel Prize Winners and the beloved Eva Peron, La Recoleta shines in the face of mortality. Built on an easily navigated grid system, tree lined pathways expel narrow mausoleum dense arteries, lavish marble golgothas house above ground vaults of the dead, open breasted and revealing their insides, many baring majestic statues immaculate in their reverence, others left in melancholy abandon, overgrown, forgotten and unloved.

I found an old pool hall on the way back to my hostel, drank cheap whiskey with two germans for several hours before walking home well after dark, the scarcity of life in such a big city was painfully un-nerving. Slept awfully that night, in part because the Israeli guy wearing eyeliner on the bunk below had found a young female suitor, he was polite enough to drape a sheet over the side, but without ear plugs of any kind i was front and centre for the soundtrack to an awkward, probably regrettable drunken encounter. The next morning i was hunched over my coffee, and over he came, “hey, i met this girl last night.”. Fuck this guy.

I moved across town to the cool Ostinatto district to stay at hostel with Dave and a few other guys I had travelled sporadically with through Peru and Bolivia, after Andre had been conned out of $100 in a shady third floor hotel room money exchange we jumped a bus to 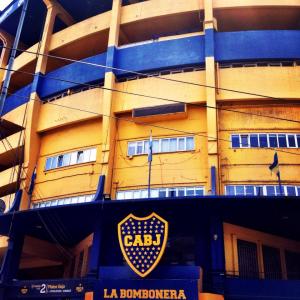 the duality of La Boca. On the face of it a hip little tourist trap, streets painted the a full spectrum of colours, strange cartoon statues of Maradona, Eva Peron and oddly Fidel Castro, however after eating at a BBQ place next to the Boca Juniors stadium and heading left out of the gate, our jovial Argentine waiter came a chasing after us to inform us that the next street along was to be avoided at all costs. The charismatic couple of rainbow streets were apparently the only ‘safe space’ in that area, stray tourist are supposedly picked off at will by armed thieves should they happen upon any wrong turn.

I turned in early that night as me and Dave had tickets for the final of the Primera Division the next day, the biggest game in domestic football. We awoke to the news that a search of the stadium had revealed a huge stash of illegal alcohol and weapons, and thus the police had ordered the game to be played behind closed doors. We instead watched the news coverage of the rioting fans tearing through the streets of Buenos Aires, just a few blocks from where we sat.

I spent my last proper night in Palermo, the largest of the barrios, and by far the most lively. A taxi took us across town to meet some guys Dave had met in Mendoza, we split a bottle of rum on the roof of their hostel and headed out for a club someone was lording on about. The centre of Palermo was buzzing with energy, music pumped from all angles and all windows, the Argentine youth were out in force, hair slicked back with beautiful girls pinned tightly to their chest, it was a long way from the pomp and circumstance of Recoleta. Dave and another lad wanted to fight the sumo bouncer that refused us entry to the club, well they refused one of our Mexican friends for being Mexican it turned out. In a chemical haze we wandered into a giant club a few blocks away from the fervour, I don’t know how but it took us a solid two hours before we realised we had found ourselves in Buenos Aires foremost gay club. The parading men in cabaret drag, and the hairy topless lesbian couple i had met in a hot spring in Bolivia should really have been a dead giveaway.

We staggered out of the doors there at 7am, and right into the already blazing sun and heavy traffic of a thursday morning in South Americas biggest city, not my finest hour. In a post euphoric haze I spent the rest of my last day taking in the breeze through a fifth floor hostel window, eating pasta and watching terrible action movies with Lisa, a pretty Irish girl i had met in Chile.

Buenos Aires scared me, excited me, ignited my senses, wore out my shoes and ultimately beat the hell out of me. I loved every second of it.

One thought on “Buenos Aires”